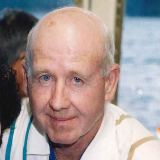 Darrell Edward Stein, 77, of Smithville, Missouri passed away peacefully on Tuesday, May 12, 2020 at home. Born in Excelsior Springs, Missouri to Ed and Merletta (Hartman) Stein, he lived most of his life in Missouri.

Darrell was a man of few words but those that he did speak were often worth listening to. He grew up on a dairy farm and as he grew older, he and his wife moved from the ‘burbs to the country, eventually tending to an almost 160 acre “hobby farm”. By day, he was both an electrical engineer and electrical contractor having worked on several noteworthy projects to include Truman Medical Center, Overland Park Regional Hospital and the Hyatt Regency Hotel. He was well-respected in his profession, in his community and by his family.

Darrell was extremely loving of his wife Sheryl. The two were inseparable. Darrell was also proud of his four children, Malia Mabe of Las Vegas, Brooke Pitzenberger and her husband Steven of Kansas City, Darrell Stein II and his wife Kim of Prairie Village and Ryan Stein of Smithville. Darrell is also survived by 10 grandchildren, one great grandchild and many nieces and nephews. Darrell is preceded in death by his parents, Ed and Merletta Stein and his sister, Diana Cox.

Donations may be made in his memory to: Havesters 3801 Topping Ave, Kansas City, MO 64129. (put Darrell Stein in the memo)

or go to and click the tab honoring someone: