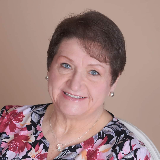 Janet S. Downen was born on January 2, 1953, and passed away on September 8, 2021, at the age of 68.   She is survived by her two daughters Alicia Landis and Cara Fuqua; grandchildren Hayley Ecton, Madison Landis, Reagan Landis, Brady Landis, Brooklyn Fuqua, Connor Fuqua and Emery Fuqua; and her sister Cheri Malinski.

Janet completed her nursing degree at SIU and pursued her BSN later in life. Janet’s pride was in her grandchildren and friendships she developed throughout the years.

The simplest pleasures in life such as a day of kayaking or an early morning bike ride brought great joy to Janet. Her bubbly personality was contagious and put a smile on everyone’s face.

Janet was preceded in death by her parents James and Clara Toler and brother James Toler, Jr.

A private family inurnment will be held at a later date.